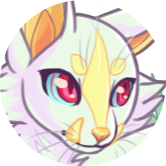 I’m going to try my best to address every single major concern I have encountered within the past couple of weeks. This may take me multiple posts to get to everything. I cannot promise that I will be able to get to every single one of them, though I encourage you to reach out to me privately if I have missed anything major and I’ll be happy to address that topic! Furthermore, I ask that everyone – administrator and user - remains civil and respectful during discussions.

A statement regarding Refresh –

I have been seeing a lot of concerns regarding Refresh’s demotion and the possibility of it being unjust, understandably so – because we have been extremely vague regarding this topic and have yet to provide the clarity our community deserves. This has been a lingering problem that had finally reached a head last week - where Refresh had been demoted to Beta.

Starting on November 4th, more Underdog involvement had been in discussion as Underdog requested an invitation to our Discord used for administrative purposes. We did a poll within, and majority of our team disagreed with Underdog involvement when it came to our Discord server – this is completely okay! As of today, we can reaffirm Underdog is still not within our Discord out of respect for our team. However, this brought up a whole concoction of legal concerns: as Underdog, who would be answering for any legal inquiries or lawsuits, is not in the position to see where important decisions and discussions could potentially be made.
This initiated discussions between Underdog and the Alphas on how to have Underdog be able to view our important conversations but also respect our team’s wishes. For the majority of November, every single civil meeting that had been initiated inevitably escalated into an argument before we concluded anything productive. During any conversation between our team and Underdog, Refresh was oftentimes the instigator. I want to stress that there is a difference between “challenging” someone in hopes for a heated debate and having a civil conversation to come to a middle ground.

As Underdog and the Wolfhome Administration could not have a civil conversation to save our lives, distrust and stress ran high. We were unable to come to a consensus because every conversation just simply could not make it that far. The ability to promote administrators within our team was restricted as a result, which was extremely infuriating as every promotion we perform follows a strict guideline and path. We ended up at a standstill because we could not keep the peace during important conversations. The ultimatum of demotion and Wolfhome losing its trusted status became very real. I see a lot of concerns regarding the ‘one person policy’ brought up on the “questions for the administration” topic and while this is how it fell into place; we did not intend on me becoming the sole communicator between Underdog and our team during my hiatus and while I was out of state for a wedding.

While I was out of state, the Alphas and I discussed having a voice chat meeting with Underdog because every single text conversation we were having turned sour, petty, and unprofessional. It was our assumption that if we were able to humanize the words, we wouldn’t be as likely to provoke an argument or monopolize the discussion and we could get the ball rolling again. Unfortunately, scheduling was made difficult and after hesitation, we agreed to a final text-based meeting with Underdog because otherwise this would have to be put on a backburner where we would face further restrictions. Unfortunately, this conversation went as you would expect based on our history.

I would like to stress Alphas are held to higher standards than typical administration, much akin to how community service members are held to a higher standard than a subordinate member of our community. I have seen a lot of controversy regarding the Code of Conduct violation when it comes to Refresh’s forum post that was publicized on December 2nd. You are encouraged to review the Code of Conduct here (http://chatlands.com/admin_conduct.php)

From the Administrator Behavior section of the Administrator Code of Conduct: “Slanderous remarks regarding any Administrator on any team, attempts to deprecate or ridicule another chat site or Administrator, encouraging users to leave a specific Chatsite, and acts of spreading false rumors or misinformation concerning another site or staff member in any manner are strictly prohibited no matter the circumstances. These types of offenses can result in harsh reprimands.” His forum post was in direct violation of this line of the Code of Conduct.
With the forum post being the cherry on top of being the primary instigator, I had to start considering one of the most difficult decisions I have had to make as an administrator of Wolfhome. After seeking the counsel of the Alphas and Guardians, I had to make the decision to demote Refresh to Beta after we collectively agreed it was in our best interest to demote him in the amidst of the problem we were facing. However, despite his demotion - it was not a permanent solution, and he would eventually reach Alpha status on Wolfhome once more. As of today, he still does not face any restriction from being an administrator on Wolfhome if he wishes to return.

A statement regarding Relations Team –

A poll was not held regarding who we elected because that is not how we have elected leaders for community service in the past, usually it is decided by Alphas exclusively. I am open to changing the way we elect community service heads within the following days, but in the meantime I wanted to get the ball rolling. I did not seek counsel from Bloodiath or consider their thoughts when electing Laika for this position.

As of this announcement, Laika is the current head of the Wolfhome Relations Team and will be reaching out to Rhea to ask them to co-lead Relations Team with her as I would like more than one member to revive Relations Team together as I think they’ll be a good team – which was the plan from the start. Congratulations guys!

There are a couple of situations that I would like to address within this post, but they require discussions on their own and how we are going to navigate this. I’ll be working on this tonight, and they should be posted tomorrow as well or within the following days. Specifically, I would like to say that Wolfhome and Chatlands in general needs to better identify ways to create diversity on the site and it is something we are actively discussing. I have received very organized and amazing google documents and they were extremely helpful! I will be addressing the content in those soon, too.

Thank you, everyone, for your patience during this. I’ll be posting more statements on situations and topics that deserve to be seen and addressing following concerns in the following days.

There is a Discord with channels dedicated to discuss this and following statements that will be posted. Feel free to join the conversation: https://discord.gg/SeuSQFKqjc
1 x