This section is intended ONLY for topics which are no longer relevant, but may be needed for future reference.
Locked Previous topicNext topic
31 posts

I have the worse time with perspective.
And emotions.

Love your tutorials<3
0 x
Life's a bitch, so if it's easy, you're doing it wrong. 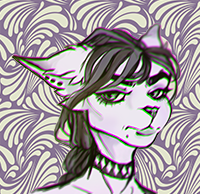 Xina wrote:I have the worse time with perspective.
And emotions.

Luckily she's actually done one on emotion <: I'm a pain in the butt to go and find it, but I believe it's in her old topic. (:
0 x

“You alone are enough. You have nothing to prove to anybody.”
― Maya Angelou
sin é an saol 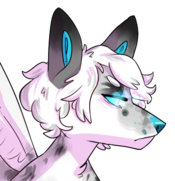 Feline anatomy, for sure.
0 x lysandre on chatlands (cpi)
click the image to view my characters !!

i swear i'm not lazy :b but before i make a tut i look to see if there's already a good one out there

I would just like some basic tutorial on how to color and shade properly.
0 x
Â©Collide
Top

OK didn't feel like writing on the pic hah. this is super quick lighting thing... i mean artists spend their whole lives learning lighting so you can't really make a tutorial for it. the best way to learn lighting is to do Still Life. seems boring to draw crap on a table, but it really helps- use a variety of shapes and lighting situations in your set-up. it's good to start with very basic shapes without any color, like drawing Styrofoam balls or paper cups, so you can just focus on understanding how light interacts with the form.

SO i really can't make a tutorial for it, i'd go bonkers... so i just kind of doodled this...
anyway my picture... just showing some examples of lighting my freebie. i recommend trying this exercise yourself, pick a drawing and shade it with three different light sources.
then LOL wolf toys- this is a good little exercise for wolfhome people. if you have a wolf figurine/toy and a desk lamp (the kind where it can be aimed in different directions is best), you can set up the little toy with different lighting situations. aim the lamp from above, the side, behind, etc, and just try to draw what you see.
the last part is to remember that no matter how detailed your subject, it can be broken down into simple shapes- shapes that are much easier to shade! using construction circles in your sketches isn't just about getting proportions right, it's about visualizing the subject as a 3-dimensional object and that is very helpful when you get to the shading stage. try to shade from general to specific - imagine the body as a bunch of circles and cylinders (or whatever shape) and try to just shade as if it were the simple shapes, then go back and add the details afterward.

this little "demo" is only about direct lighting... there's still reflective lighting and color and atmospheric lighting and blahblah, could go on forever you get the idea x3 idk if this will be helpful to anyone or just more confusing but it's the best i can offer right now
0 x
:|

chars | trello | beessential | art discord
it's the hurt i hide that fuels the fire inside. hm frontal view of wolves? for the muzzle to look real and all
0 x
|| Swirl | Ces ||
Avatar (c) to Squidmnd It was mentioned in one of your livestreams, and I was just thinking about it as I was working on a commission...but how about some tips or advice on shading dark colors...you know those pesky almost black fur colors and etc?
0 x 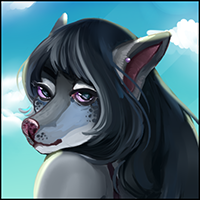 Thank you for doing these Kes! They are so helpful. <3
0 x

nightspiritwing wrote:It was mentioned in one of your livestreams, and I was just thinking about it as I was working on a commission...but how about some tips or advice on shading dark colors...you know those pesky almost black fur colors and etc?

I think how you select colors would be a good idea. Explain the color wheel, or why you choose to shade with one color verses another... but as I recall. Didn't you do something like that before? Can't remember. :(

Anyhow. What sort of tutorial would you want to do? I am sure there is something you could share that we are missing?
0 x

i'll still try to put some more stuff on this thread even though i'm taking a little break... i'm trying to give myself a rest from drawing so my responses right now will just be text or examples i already have.

shading dark colors... well the most basic thing is to not lay down pure black as your base color, like when you block in colors before shading. even if someone gives me a ref of a pure black character or a character with black markings, i will lighten them up to a dark gray. the same goes with white really--- you want your base colors to be in a middle range of brightness.

dark colors absorb light, so you don't want to over-highlight them.
here's an example where i didn't highlight the black/dark markings very much. if you look, even the brightest highlights on the dark parts are still darker than most other colors in the picture. (not counting the white outlines on things, which are mostly to make those areas "pop out")

allowing dark markings to stay dark can not only help with realism, but it also is like a design element- it breaks up the body and adds visual interest.

using bluish or blue-gray highlights makes a dark character look shiny/reflective, like this- http://upload.wikimedia.org/wikipedia/c ... Jaguar.jpg" onclick="window.open(this.href);return false;
even though a lot of the jaguar is lightened there, you can see by the darkness of the shadows that's still black. in my example the shadows are also very dark. the base color i laid down for the character was not black, so that allowed me to go really dark in my shading.

/braindead
if i can think of a better way to explain this i'll edit haha
0 x
:|

i'm extremely sorry to bump this, but..
i was wondering if you could show how to make accessories such as collars look 'right'. you know? it's always been a problem i've had where i can't make the collar look right and it makes the pose look unnatural. how should the fur look surrounding an accessory like that (ie, would it be poofed out or what)? basically an accessory tut haha
again sorry to bump lmfao i just didn't want to ask through pm or something :x
0 x