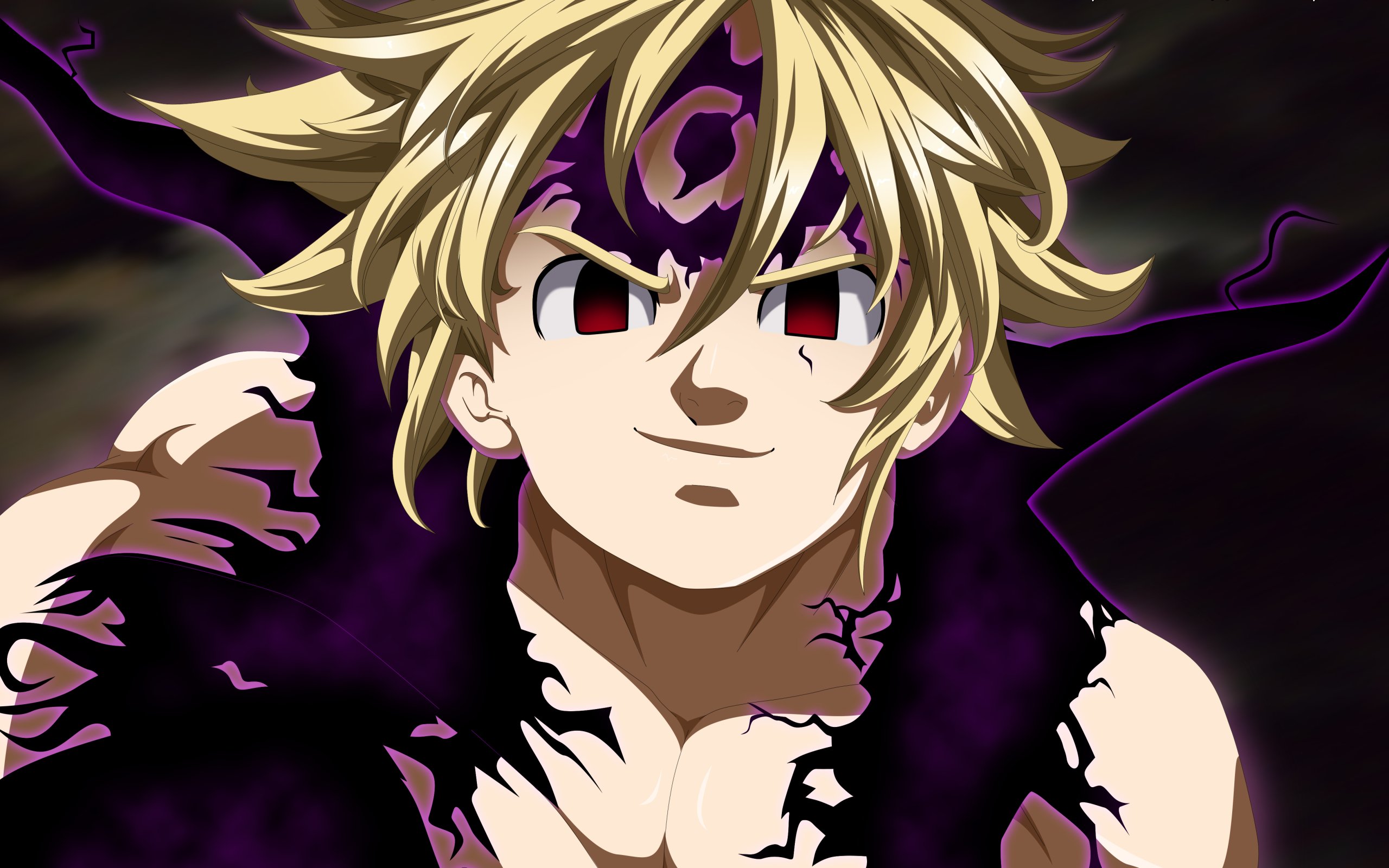 I want to mention before I go into a lot of depth, I have received Guardian permission to post this statement and all of it's entirety.
There is a magnitude of information that I'd like to bring to the public, that I did not initially provide when I posted what I had in the CL discord. Emotions were extremely high, including my own and I had tried what I could given the circumstances of others wondering what had happened with the private discord conversation I had with Arvoh in regards to her name change. I had wanted to wait, and mentioned this to other members of the community to post this statement because I wanted others to be able to have the avenue to voice their thoughts on the matter, but given we are all still anxiously waiting on re-opening, I want this posted earlier rather than later. Now that I have had an allotted amount of time to gather up what I can, and include what I'm allowed to, I wanted to present this official statement.

There is a long timeline with events throughout this whole ordeal, and I'd like to give some of it to help further clarify my stance, and why I said what I said at the time. Given I had previously also apologised in the CL2020 discord for the poor choice of words I had used at the time in the conversation with Arvoh, but I want to clarify that I was not apologising for any CoC violation to which some thought I had after I provided my first statement, because I had not broken our CoC and don’t ever intend on doing so. I acknowledge my poor choice of words, and do apologize for that specifically because I could have gone about wording it differently. I hope in providing this last statement will show to those who have questioned my position and status, that I still very much deserve to be here and can maintain a professional/more mature standpoint to any future conflicts. Maintaining trust and transparency with the community has been very high on my list, and I'd like to further prove that with this statement.

The concern had originally came to light with the administration on July 22nd, 2021 when two PT's were sent in from separate community members about wanting Arvoh (who was originally Sp00k) to change their username. Refresh had approached Sp00k on chat and had a conversation, and in the end they had agreed to change their name to Sp00ky and thus it being changed. Sp00k was changed to Sp00ky on July 23rd, 2021. Bodach posted on July 25th, 2021 that Sp00ky had sent in a request pertaining to the username and how they were upset and missing their old one. Sp00ky had asked if they'd be able to change it to something else, like "Spxxk" to which the team decided that would be unacceptable and not a good alternative. Bodach had suggested the name Arvoh to them instead, as it meant ghost in Uzbek. It was then brought to a team vote on if that name would be acceptable for them to have. It was decided by the team as a whole that this name was acceptable, and Bodach relayed this information to them on July 27th, 2021. They had changed their name to Arvoh on July 27th, 2021. Another PT was then brought to our attention by Guru in regards to the username, where we then discussed again if the name Arvoh was okay to stay and opened up for opinions again. The administration concluded that we supported them on keeping the name Arvoh as she had no malicious intent to use it as a slur. Sjoukje had also chimed in as she is a POC and supported them in being able to keep the username Arvoh. Fik mentioned that the word spook is a racial slur, not the word Arvoh. The word Arvoh means ghost (as in a spirit, or dead person) in Uzbek. If Arvoh was going around being racist and attempting to get around the teams decision, then we would reconsider. It was decided that until this name was abused that it has the right to stay and due to the fact that Guru was very pressing on this issue to Arvoh we suggested using the ignore feature as it was starting to get out of hand. We had then felt that Arvoh was getting unfairly harassed over this and it would be explained to why this username was acceptable in Guru's PT reply.

August 2nd, 2021 Arvoh reached out to Bodach over discord worrying about Guru reporting her new username and if she'd have to change it again. (Bodach stepped down from the Administration Aug 1st, 2021).
Same day August 2nd, 2021 I had reached out to Arvoh given in the administration discord others were concerned about her mental state and panic and were afraid she was going to inflict self-harm. I had volunteered to the staff that I would reach out to her to try and attempt to console her. I had then ultimately told her the exact same thing as what Bodach had. (as she relayed to us her reply to Arvoh over discord through the admin forums). Arvoh had reached out to several people in regards to this, and was given the same result with each. The screenshots are as follows, and please remember this timeline was prior to the abuse of the name happening, as we ALL did not know her intentions of being malicious - and were also deceived as a team.

That was then the end of that conversation, and we had not spoke on anything further in regards to her username(s) over discord.
August 6th, 2021 Fik had replied to Guru's PT on our final team decision on the name concern.
Here was the PT reply to Guru: https://i.imgur.com/eqJA2Is.jpg

At the time of my conversation with Sp00k/Sp00ky/Inervu/Arvoh I was also not a Wolfhome Alpha, I was a Beta at the time, and was promoted to Alpha on August 10th, 2021.
August 11th, 2021 Fik and Spellbound had talked to Arvoh on chat through whisper. Screenshots are to follow, this was in regards to other members of the community going around ignore features/harassing her about the name change.
1. https://i.imgur.com/dTiODBb.jpg
2. https://i.imgur.com/DMwWnwa.jpg
3. https://i.imgur.com/3KbRR4q.jpg

Guru was then handled for going around an ignore feature.
August 18th, 2021 Guru's PT was closed and they were handled for harassment.
August 31st, 2021 This issue was brought up to Underdog by Guru. UD decided that Arvoh can continue to keep her name. We were then advised that if anyone else has issues with the name that they were to contact him via discord or email & if Guru goes to anyone else other than UD to send them to UD. (we, the administration, were no longer handling guru and the guardians/UD were handling anything further)

October 2nd, 2021 Arvoh was given a reminder not to use the word spook in their away message on chat (this sparked a lot of debate considering it was nearing Halloween and the term spooky gets used a lot around this Holiday and if we, the administration, had to start censoring terms like this).
October 5th, 2021 Avani had a conversation on chat with Arvoh in regards to she will have to tell other users of her past name "Sp00k" through whisper instead of publicly on chat, as it's considered a slur.
October 11th, 2021 Arvoh had a discussion through whisper with Refresh about it really bugging them that they cannot tell others publicly that their previous name was "Sp00k" and having to do it through whisper. Refresh told them that our decision on this was final, and won't be reconsidered in the future.

Also on October 11th, 2021 UD sent her a discord message that she needs to stop the behaviour she's been doing.
She acknowledged that her old name is not to be used in a public context. If she were, she would be handled for DTP, and anything further would result in a ban.
She was then using other usernames/accounts, such as Pandora and Inervu afterwards instead of using Arvoh.
1. https://i.imgur.com/ylNOK2x.png
2. https://i.imgur.com/haJCHv0.png


In conclusion, I wanted to provide all of this information as it shows that we were not being lenient on the username after we were aware of what was unfolding. We had decided this as a team, that the name had been acceptable until abused as she made it clear to us she was not using it in any racist term in the beginning. We were protecting a member of our community from harassment, as we would for any of our members. We were all deceived in the beginning, and took necessary action when we could and when we were given further information to discuss. In the end, the words I had chosen to use in my conversation with Arvoh over discord were not the best and I can own up to that personally, I felt I was doing my best in looking out for her at the time, and so did the rest of the administration. We all had our best intentions at the start with what we were given, and I hope that this statement helps display that more.

Thank you for taking the time to read my final statement.

Best Regards,
Sylvah
0 x
OC's
I'm a wolf, I don't lie with sheep I am what I am; and I can't hide my teeth.
Previously Affirmed/Admiral/Bagheera/Sylvahnas, now Sylvah.