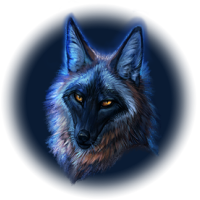 How does Wolfhome enforce rules, and what is the Ban Ladder?

Wolfhome, as you may know, has a Ban Ladder to keep the chat safe and healthy for all users at all times. We want everyone to be able to enjoy the chat and community happily! Communication is key in a community like Wolfhome and we suggest to always be cordial when approaching problems you may have with other users. Remember to treat others how you wish to be treated!

Wolfhome's Ban Ladder is set up in a way that ensures all users are treated fairly and not immediately banned. We typically go by the 3-Strikes Rule, but depending on how serious the issue is, a Permanent Ban may be given. Also if you receive a Permanent Ban on chat, your forum account will be permanently banned as well. Also, please note that our chat is based in the United States and follows US Laws.

You may be asking yourself: What are refresh rates and the probationary period?
Refresh rates are the amount of time it takes for an infraction to fall off of your record. After it has fallen off, it no longer counts against you and is viewed as old and irrelevant. This means that if you were banned for one month and then seven months after you were released you committed another infraction, you would not be banned again. Your ladder has reset and you are on the first step, which is a Reminder. It is based off the most recent prior infraction you have. Probationary periods are technically the same thing, but are used to describe a user's placement on the Ban Ladder. If you break Rules during your refresh period, you will move up a rung on the Ban Ladder.

For example: User A earns their two week ban. They come back, are two months into their probationary period, and commit another infraction they will be banned again, though with a one month ban. Their probationary period is two of six months completed and will not progress to a third month while they are banned. Therefore, when they come back from being banned for the second time, their ban ladder will still be at two of six months.

It is important to us that every member of our community has the chance to learn the Rules prior to being barred from the Chat or Forum permanently. The Ban Ladder provides our members with that chance. Please keep in mind, there are exceptions to this of course. Many infractions can result in larger ban lengths, and/or an automatic Permanent or Chatlands Wide Bans.

What if I think my punishment is unjust?
Everytime you are warned or banned, you will also receive a NG explaining why in order to alleviate any confusion. If you feel your warning or ban is unjust, please fill out and submit a Problem Ticket. All Problem Tickets are reviewed by the Administration so we can clear up any confusion as quickly as possible.

It is also important to remember that if it seems that a user breaks a rule and gets away with it, it is likely that the situation is being posted for opinions or being handled in a private manner. Sometimes behavior will be considered borderline, and instead of outright punishing the user involved, the Administrator will post logs of the situation so that the rest of the Administration can vote on what action is necessary.

PLEASE REMEMBER: The Wolfhome Administration cannot be everywhere at once, so it is up to YOU, as a user, to report any rule breaks or suspicious activity to the Wolfhome Administration Team quickly. We will follow up on all reports as soon as we can, and we will take necessary and appropriate action as required.
0 x
Have You Seen My Guardian Mate? I Can't Find Him Anywhere!
Top
Locked Previous topicNext topic
1 post • Page 1 of 1